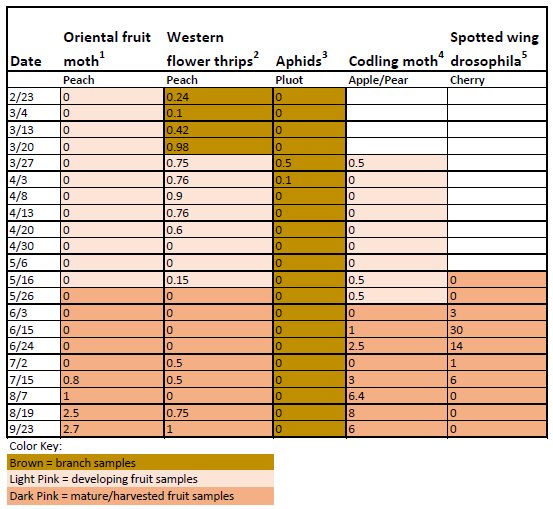 This table is part of the Woodleaf Farm Organic Systems Description.