One form of conservation biological control of weeds that appears practical for today's organic farms is conservation of organisms that consume weed seeds, and thereby make withdrawals from the weed seed bank.

Seeds of most plant species can become nourishing food for birds, insects, and other organisms, and weed seeds are no exception. Insects and other organisms consume weed seeds while they are still on the parent plant and after they have been shed. This predispersal predation by specialist insects (species that eat only one kind of weed seed) has been documented in velvetleaf, lambsquarters, pigweeds, and Canada thistle (Kremer and Spencer, 1989; Landis et al., 2005). While these specialists can have substantial impacts on their favorite weed, their utility in protecting crops from multiple weed species may be limited. 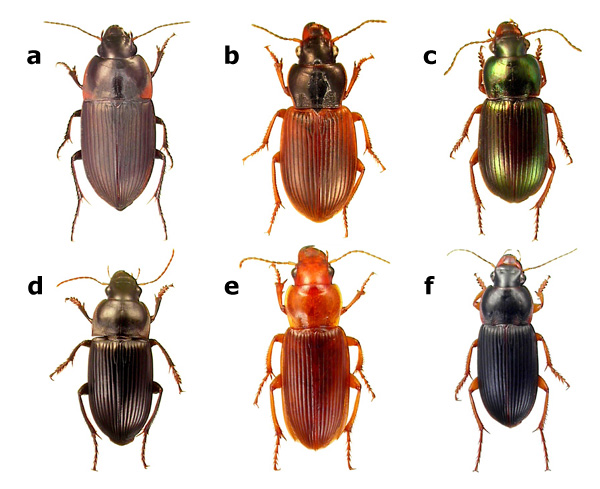 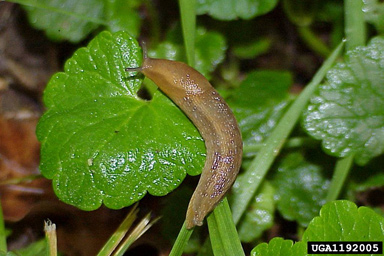 Figure 2. This dusky slug (Arion subfuscus) is one of many species of animals that can contribute significantly to weed seed predation, but may also damage newly emerged crop seedlings. Photo credit: Gary Bernon, USDA APHIS, Bugwood.org.

Microorganisms comprise another set of potential allies against the weed seed bank. Many newly-shed weed seeds are highly resistant to invasion by bacteria or fungi; however, as these seeds age and weather in the soil, their seed coats eventually become more porous, leaving the seeds more vulnerable to microbial attack. Soil fungi contribute to mortality of velvetleaf seeds germinating from a 4-inch depth in the soil (Davis and Renner, 2006), and to the reduction in emergence of corn chamomile and shepherd's purse from soil into which a buckwheat cover crop has been incorporated (Kumar et al., 2008). Several species of pathogenic soil fungi have been found in association with green and giant foxtail seeds in both conventional-till and reduced-till fields in Iowa (Pitty et al., 1987). Naturally-occurring fungi also contribute to mortality in velvetleaf seeds damaged by the scentless plant bug, a specialist predispersal seed predator (Cardina et al., 1996).

Soil microorganisms are believed to play a role in the exponential decline in viability of weed seed populations in the soil (Liebman et al., 2001), but not as much documentation exists for microbial as for macroscopic weed seed consumers. High levels of soil biological activity, such as might occur under intensive organic soil management, or during the weeks following incorporation of a green manure, might shorten the half-life of weed seed banks. However, evidence for a significant role of increased soil microbial activity in reducing weed seed persistence in organically managed fields is as yet inconclusive, and macroscopic predators are currently considered a much larger factor in weed seed mortality than soil microbes (Gallandt, 2003, 2006). Some of the positive effect of high soil quality on weed control may be related to greater crop vigor and competitiveness in well managed soils. More research is needed to estimate the potential for promoting weed seed decay by enhancing soil organic matter and biological activity in vegetable and other cropping systems.

While some weed seed consumers will also take crop seeds, many appear to be sufficiently selective to qualify as predominantly beneficial organisms unlikely to hurt crop establishment or yield. Ground beetles, crickets, and even white footed field mice have been shown to consume many weed seeds without significant impacts on recently sown crops. These seed eaters mostly take seeds that are on or very near the soil surface; crop seeds are commonly planted deep enough to escape predation. Smaller ground beetles that consume small weed seeds like pigweed, lambsquarters, and annual grasses are not physically capable of eating larger crop seeds. On the other hand, slugs can damage tender young vegetable crops as well as eating weed seeds, and crows, blackbirds, and some other seed-eating birds can seriously damage newly-seeded corn and other crops. 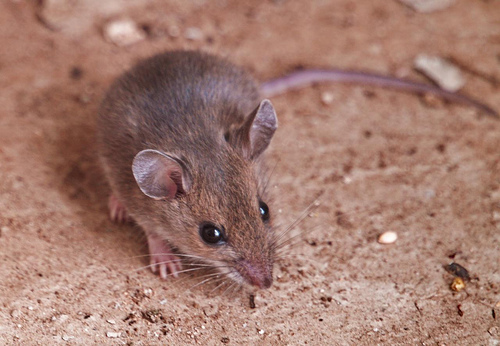 Because weed seed predation activity occurs mainly during and after the annual weed seed return (late summer/early fall), and long after most crops are seeded (spring to midsummer), opportunities exist for weed seed selectivity in time. Noise makers, scare eye bolloons, or other scare tactics can be used to keep birds out of fields during crop establishment, and discontinued later when their services as weed seed predators are desired. Crickets, ground beetles, and ants are most active during the peak weed seed season, and are not as likely to consume small crop seeds direct-sown earlier in the season.

Weed seed predators require suitable conservation and habitat protection in order to remain active in crop fields. Broad spectrum insecticides are likely to wipe out ground beetles and other seed-eating insects. Frequent tillage disrupts ground beetle habitat, and any tillage that inverts or deeply mixes the soil buries weed seeds out of reach of most predators. Seed predators prefer habitat that includes at least some ground cover—organic mulch and/or living vegetation—and ground beetles have shown a clear preference for cover cropped plots over adjacent clean-cultivated plots (Shearin et al, 2008). On the other hand, a really dense or matted mulch may hinder the movement of ground beetles (Menalled et al., 2006). No-till production systems may support higher activity of ground beetles and other seed predators than either organic or conventional systems with regular plowing (Menalled et al., 2007). However, diversified rotations consisting of two years of annual crops with tillage followed by two years under red clover sod enhanced weed seed predation sufficiently to reduce the amount of herbicides and/or cultivation needed for adequate weed control (Westerman et al, 2005). In addition, some seed-eating ground beetles seem to prefer intermediate levels of disturbance over either no-till or moldboard plowing, as long as part of the habitat remains covered by vegetation or mulch (Shearin et al., 2008).

These findings suggest that several organic practices can help conserve ground beetles and other weed seed predators, including cover cropping, mulching, nonuse of broad spectrum insecticides, and crop diversification. Cover cropping appears to be especially important for maintaining habitat for invertebrate weed seed predators (Gallandt, 2006). Additional practices that organic farmers can implement to conserve weed seed predators include reducing tillage, maintaining habitat refuges such as strips of perennial vegetation through the field, and delaying postharvest tillage to give the weed seed cleanup crew a chance to consume the current season’s weed seed crop before it is buried. 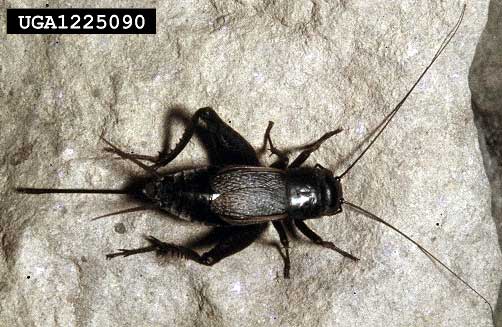 While seed predators and soil microorganisms cannot be expected to eliminate weed problems in organic production systems, they can make a significant contribution to seed bank management when integrated with other practices. Based on a considerable body of research, Menalled et al. (2006) concluded that, within a whole-system perspective, “weed seed predation represents a tool that should be integrated with other management practices” for effective ecological weed control. Furthermore, all of the practices that have been suggested for optimizing weed seed predation are consistent with organic production principles and can make economically important contributions to other key objectives, including soil quality, crop health and vigor, and biological insect pest management.

Conservation biocontrol—the practice of protecting and providing habitat for existing natural enemies of weeds and other pests—is the main strategy for promoting weed seed removal by predators and microorganisms. Several specific tactics are available:

This article is part of a series on Twelve Steps Toward Ecological Weed Management in Organic Vegetables. For more on managing the weed seed bank, see: