Season extension refers to any practice that allows a crop to be cultivated or harvested outside its normal production season. Growers may be able to capture a greater market share by being able to provide product to distributors and retail outlets when their competitors cannot.

Farmers can extend the production and harvest season for crops through techniques that are based on thermal principles. The two primary goals are to protect crops from frost or heat damage, and speed the growth of crops for quicker maturity and higher quality.

Season extension techniques vary greatly in their level of complexity. They can be as simple as selecting an early maturing, cold hardy, or heat-tolerant variety; planting a wind break; or irrigating crops to reduce crop damage from heat or cold.  They can be as complex as year-round production in a heated greenhouse.

Farmers through the centuries have learned to use available materials to produce earlier crops in the spring, grow cool-season crops in summer, maintain production well into the fall, and even harvest crops through the winter. Time-honored methods include cold frames heated with manure, shade structures, wind breaks, irrigation, masonry walls or stone mulch as heat sinks, and cloches (glass bell jars) to protect individual plants.

The use of plastic in horticultural crop production has increased dramatically in the past decade, greatly extending the possibilities for year-round production. Variously colored plastic film mulches, row covers, shade cloths, low tunnels, and high tunnels/hoophouses help to protect crops from the weather.  High tunnels are springing up around the country as market gardeners increasingly view them as essential to their operations.

Selection of varieties that mature over a range of dates allows a farmer to harvest a crop over an extended period. Heat tolerant varieties can be grown during warm months, and cold tolerant varieties during cold months, to stretch out the proportion of the year in which a crop can be marketed.  Salad greens and cole crops can be successfully grown most of the year in many regions of the US if appropriate varieties are selected, particularly if combined with other season extension strategies such as shade cloth and high tunnels. Conducting on-farm variety trials is a good way to identify varieties that perform well in a particular region and when grown under a farm's unique suite of practices. 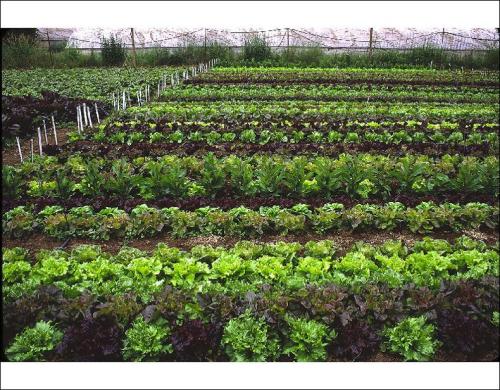 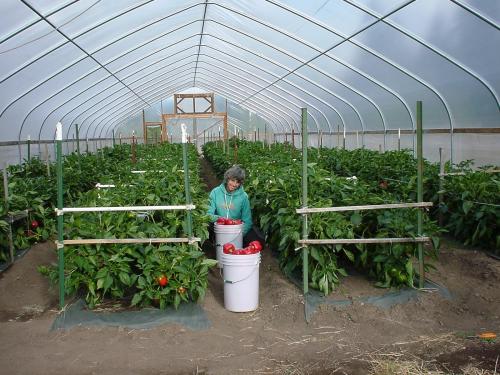 Advantages and Disadvantages of Season Extension

Benefits from an extended production season include:

Other potential benefits of season extension techniques are: