This article is part of the Biodesign Farm Organic System Description 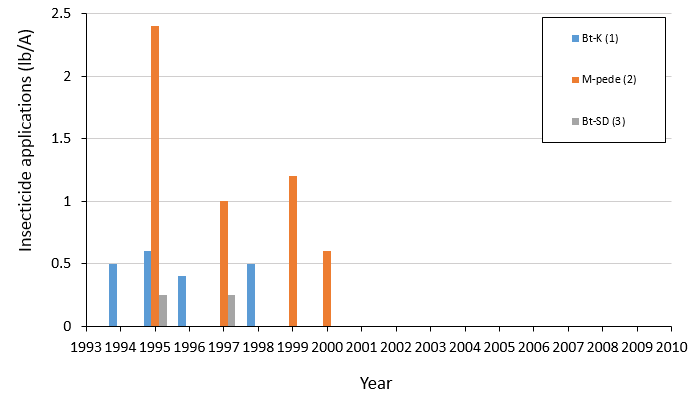 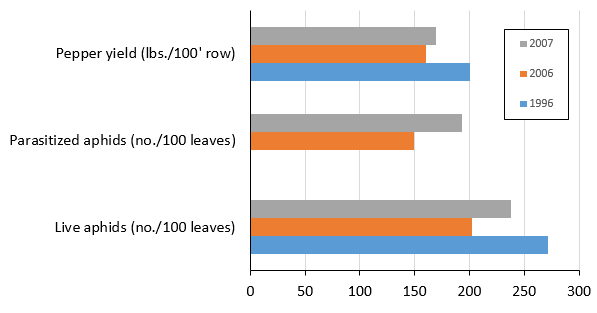 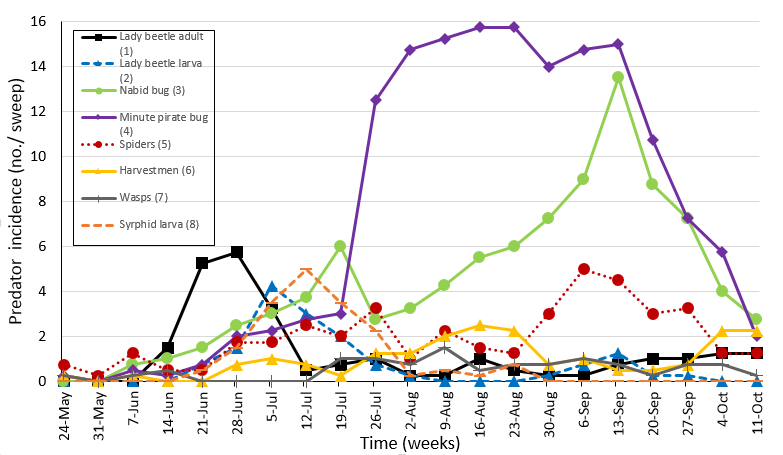 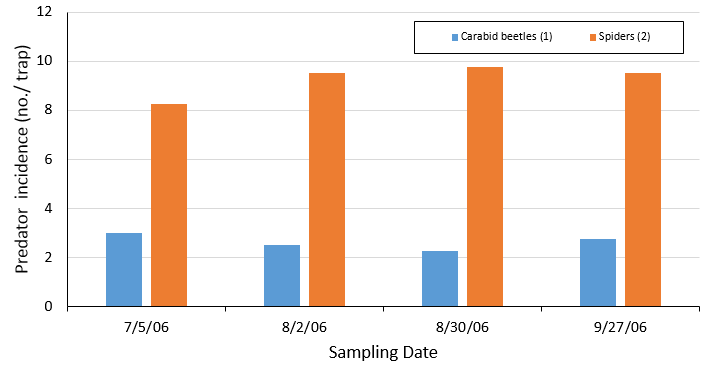 Figure 4. Average number of carabid beetles and spiders captured in pitfall traps on four sampling dates, 2006. On-farm research was conducted July–September 2006 to measure the incidence of ground-dwelling predators in Biodesign Farm's no-spray pest management system. One pitfall trap was placed in each of four randomized plots for one week on each of the four dates. (1) Carabid beetles (Carabidae) were observed in relatively high numbers throughout the crop growing season. (2) Spiders (Araneae) were a regular component of the living mulch predator community year-round. 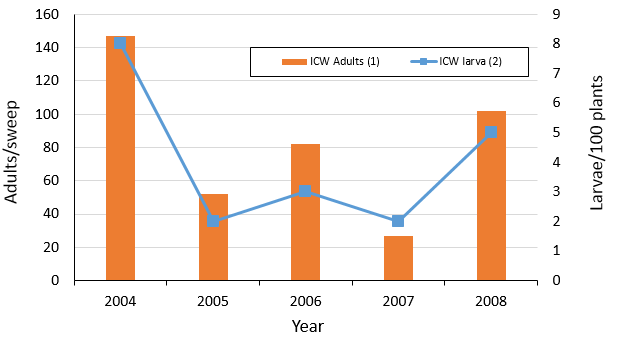 Treatments:
(I) No-spray control: No treatment for ICW control. This treatment was designed to retain the pest species, as well as arthropod predators and parasites, and thus to be a measure of the natural pest-control capacity of Biodesign's natural enemy-based pest management system.
(II) Bt-sprayed threshold: selective sprays based on ICW population threshold: Eight applications of the insect-selective insecticides, Dipel dust Bt (Bacillus thuringiensis var. kurstaki) and Concern insecticidal soap, when pest density reached action thresholds based on the percentage of plants with one or more larvae. This threshold was adapted from the University of Minnesota Extension Service guidelines for cabbageworms (Pieris rapae) in cabbage (Hines, R. L., and W. D. Hutchison. 2001. Evaluation of action thresholds and spinosad for lepidopteran pest management in Minnesota cabbage. Journal of Economic Entomology 94: 190–196).
(III) Pyrethrin/rotenone bimonthly sprays: nonselective bimonthly sprays: Ten applications sprayed twice/month of the insect-non-selective insecticide Bonide liquid pyrethrin/rotenone (0.8% pyrethrin and 1.1% rotenone) at a rate of 2.6 ml/L of water, as labeled for control of ICW. Treatments were applied in the morning using a Solo 473P3 backpack-pump sprayer. Spraying began with the first appearance of ICW adults on 31 May and continued on a biweekly basis until 4 October.