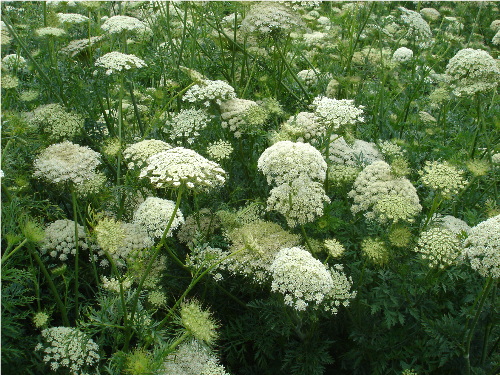 This guide is intended for producers and agricultural professionals seeking information about organic seed production. Most of the resources are focused in the Western Region of the United States (OR, WA, ID, and CA), but much of the information may be applicable to all climatic regions. In each section of the guide you will find a brief introduction followed by a list of available web and print resources and references to organizations and events.

Worldwide, seed production of many crop species is clustered within a few degrees of the 45th parallel. Successful seed production occurs in areas with long hours of sunlight during the growing season, mild winters (but enough chilling to effect vernalization), dry summers, fertile soils, and water for irrigation. These requirements are met in many areas in the Western Region.

The Western Region of the United States has a significant population of certified organic producers and an established conventional seed industry making it ripe for growth in the organic seed sector. The region offers varied environmental conditions suitable for high-quality production of a diversity of seed crops. The long summer days and mild climate of northwestern Washington are ideal for production of spinach and several Brassica seed crops.  The hot, dry summers of central California produce high quality tomato and pepper seeds. The long warm summers of the Willamette Valley in Oregon are optimum for a diversity of specialty seed crops including lettuce, beets, and Brassicas. The dry, arid, low-disease pressure conditions of Idaho and eastern California permit production of bean and pea crops that meet seedborne disease standards.

Commercial seed production in the Western Region dates back to the 19th century. By the 1940s, most major U.S. seed companies had established cleaning and distribution facilities in this region. Politics has long played an important role in the development of agricultural enterprises. Before World War II, Western Europe was the center for vegetable and flower seed production. World War II accelerated development of many industries in the U.S., including the specialty seed industry, largely because European production and exports were interrupted. The blockade of the North American Atlantic coast cut off the U.S. from its European seed suppliers. The latitude, climate, soil types, and relative isolation of Oregon and Washington made them ideal for seed production. Isolation districts, pinning maps, seed certification, seed cleaning, and testing facilities are examples of infrastructure that promote varietal integrity and support the development of a regional seed industry. As the organic seed industry in the Western Region grows it faces the challenges and opportunities of integrating organic standards and regulation with the conventional seed industry standards and regulations.  One example is the management of transgene (GMO) cross contamination.  Conventional and organic seed growers, non-profit organizations, and seed companies are often working together in the Western Region to represent the interests of the seed industry as a whole.

This guide provides technical information, references, and resources to support the development of a viable organic seed sector.