This is an Organic Seed Resource Guide article.

In any discussion about the use of organic seed by organic farmers, there are usually three reasons that are mentioned in support of organic seed. First, there is the National Organic Program (NOP) Standards for the use of certified organically grown seed as established by the United States Department of Agriculture (USDA). Second, there is the issue of minimizing the amount of “upstream pollution” that is created by seed production by supporting other organic growers that produce the seed we use. Lastly, there is the important goal of developing crop varieties through plant breeding that are adapted to the organic production systems in which they’ll be grown. All three of these reasons are important in developing an organic seed network that is responsive to growers needs and will ultimately produce seed of crop varieties that are superior in performance to their conventional counterparts in organic production systems.

The NOP standards for organic seed that were implemented by the USDA in 2002 were seen as a great first step in encouraging the growth of organic seed within the organic movement. This set of rules requires that certified organically grown seed is to be used by organic farmers when commercially available. Organic seed must be produced and handled by certified organic producers. All seed used in organic production must be untreated, or treated only with substances (such as microbial products) that are on the National List of products allowable for organic production. Commercial availability is based on ability to obtain the seed in an appropriate form, quality, or quantity, as reviewed by the certification agent.

The most immediate effect of using organically grown seed is the potential to minimize the amount of upstream pollution in the seed production process. Conventionally produced vegetable seed crops rely on petroleum based synthetic pesticides and fertilizers. These seed crops frequently receive heavier applications of insecticides and fungicides than the same crops when grown as vegetables. There are two prominent reasons for this. First, vegetable seed crops are produced over a much longer season than the same crop when it is grown to be harvested in the vegetative stage, hence the need for an increased number of applications of crop protection chemicals to continue to ward off insect and disease pests. Secondly, the regulations controlling the amount and types of pesticides that are allowed for seed crops is much more lenient, which often leads to a "more is better" approach with many growers. 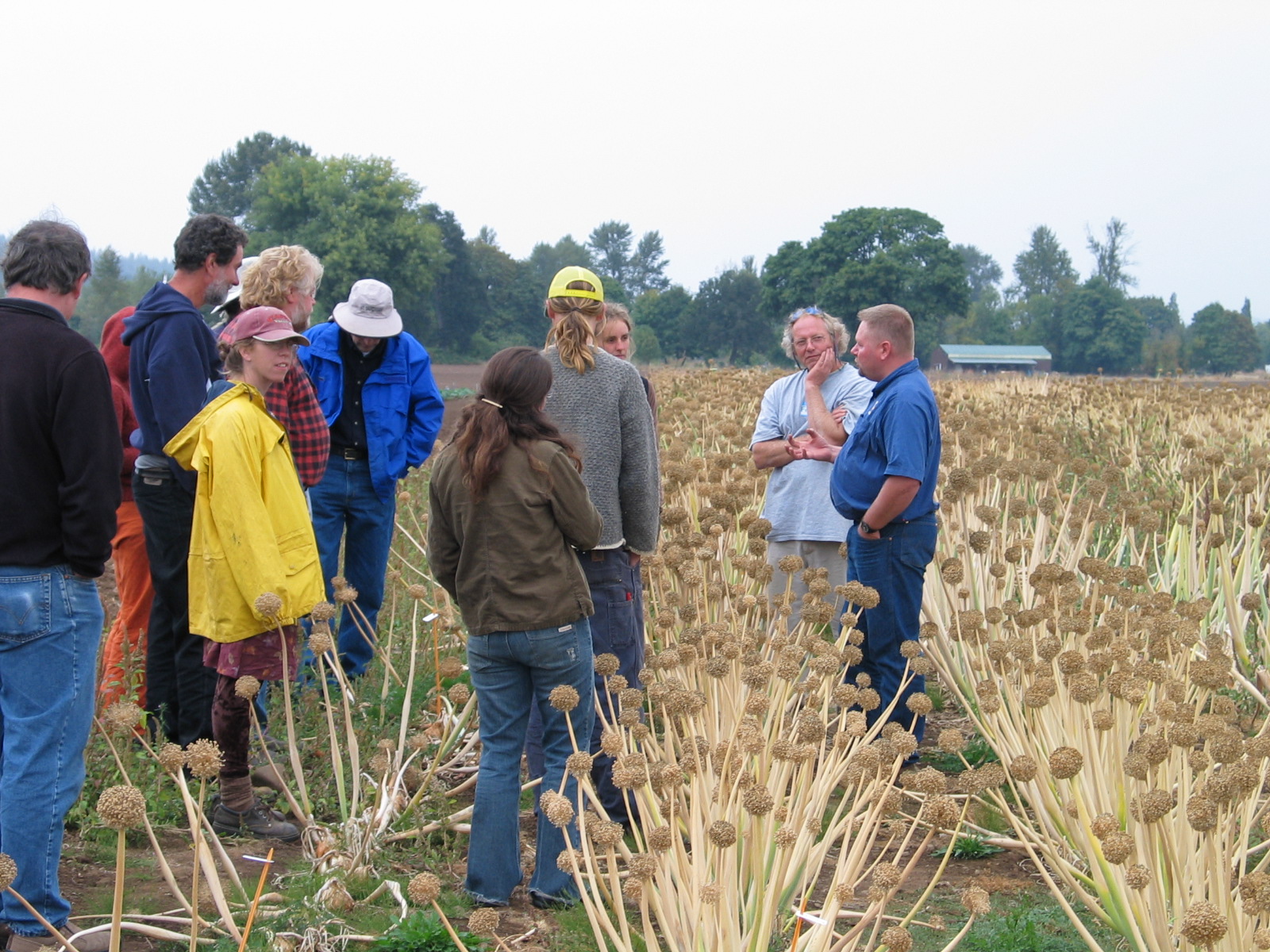 Organic seed production systems that are based on ecologically sound practices with low external inputs have less of an environmental impact due to an absence of these synthetic fertilizers and pesticides. Organic systems executed in a sustainable fashion are able to minimize ground water pollution, erosion and soil degradation. Decreasing external inputs of manufactured materials also reduces fossil fuel use both in manufacture and transport of imported materials. Organic practices may also lead ultimately to a greater degree of biological diversity in the production area which may also lessen the need for pesticides and other external inputs contributing to upstream pollution.

The ultimate goal of a growing number of organic seed producers and plant breeders is to develop crop varieties that are adapted to organic production systems. Traits associated with superior performance in organic systems include insect pest and disease resistance, weed tolerance, adaptation to biologically mediated nutrient availability, and tolerance to climatic and environmental stresses, such as cold or wet soils (which is typically managed with fungicide seed treatments in conventional systems).  Varieties developed for these systems will ideally have the ability to outgrow weed pressure, have vigorous seedling growth even at low temperatures, and have greater nutrient use efficiency in soils where macronutrient availability is limited due to mineralization of organic matter.  While resistance to insects and disease is important for all crops, it is especially important in organic systems as external inputs of crop protection chemicals are much less likely to be used.

Much modern plant breeding has been done with high inputs in centralized production environments that frequently have high quality soils with near optimum environmental conditions. Adapting crops to a particular climate or cropping system through genetic selection is an accepted concept. In fact, this is the means by which all of our crops have been developed from their wild ancestors by the farmers who domesticated them. Much of the modern breeding work done in the last fifty years has been done with high inputs in production environments that frequently have near optimum conditions.

Organic farms in many regions of the developed world tend to be smaller, more diversified operations than their commercial counterparts. The location of a considerable number of organic vegetable farms is not central to the large-scale production areas and consequently they often have more environmental variability in terms of climate, soil type and availability of irrigation water (Grube 2007). It follows that breeding for these diverse, heterogeneous environments may be best accomplished through the use of decentralized selection across a number of sites within a region (Ceccarelli and Grando 2007; Dawson et al. 2008). These sites should be representative of the environmental challenges with the lower inputs and environmental variability found on organic farms. Genetically elastic, heterogeneous crop varieties have proven to produce higher, more dependable yields in low input, subsistence agricultural systems than the more narrowly selected, genetically homozygous crop varieties of modern agriculture

By breeding under the challenges of environmental stresses in low input systems it is possible to breed genetically diverse, heterogeneous varieties with greater adaptive advantage to the environmental variables and cultural practices of organic farming. Adapting crops to a particular climate or cropping system through genetic selection is an accepted concept. In fact, this is the means by which all of our crops have been developed from their wild ancestors by the farmers who domesticated them.

Increasing the commercial availability of organic seed is an important first step in improving the sustainability of organic systems and reducing environmental impacts. However, developing crop genetic resources adapted to low input, diverse organic cropping systems is essential for the continued improvement of organic agriculture.