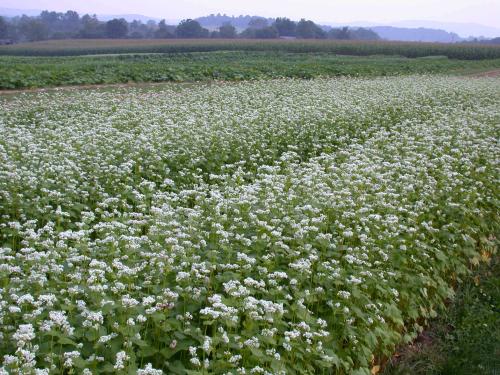 Figure 1. Buckwheat can produce 2 to 3 tons of dry plant material per acre, and can be broadcast or drilled. Photo credit: Alex Stone, Oregon State University.

Buckwheat is the speedy short-season cover crop. It establishes, blooms, and is ready for incorporation in 35 to 40 days and its residue breaks down quickly. As a grain, it reaches maturity in just 70 to 90 days. Buckwheat suppresses weeds and attracts beneficial insects and pollinators with its abundant blossoms. It is easy to kill, and reportedly extracts soil phosphorus from soil better than most grain cover crops. Buckwheat thrives in cool, moist conditions but it is not frost tolerant. In the Great Lakes region it is best sown in June and July for cover crop use. Even in the South, it is not grown as a winter annual. Buckwheat is not particularly drought tolerant, and readily wilts under hot, dry conditions.

Few cover crops establish as rapidly and as easily as buckwheat. Its rounded pyramid-shaped seeds germinate in just three to five days. Leaves up to 3 inches wide can develop within two weeks to create a relatively dense, soil shading canopy. Buckwheat typically produces only 2 to 3 tons of dry matter per acre, but it does so quickly—in just six to eight weeks (Marshall and Pomeranz, 1982). Buckwheat residue also decomposes quickly, releasing nutrients to the next crop.

Buckwheat's strong weed-suppressing ability makes it ideal for smothering warm-season annual weeds. It’s also planted after intensive, weed-weakening tillage to crowd out perennials. A mix of tillage and successive dense seedings of buckwheat can effectively suppress Canada thistle, sowthistle, creeping jenny, leafy spurge, Russian knapweed, and perennial peppergrass (Marshall and Pomeranz, 1982). It is remarkably effective against quackgrass (Björkman et al., 2008). While living buckwheat may have an allelopathic, weed-suppressing effect (Rice, 1974), its primary impact on weeds is through shading and competition.

Buckwheat solubilizes and takes up phosphorus that is otherwise unavailable to crops, then releases these nutrients to later crops as the residue breaks down. The roots of the plants produce mild acids that release nutrients from the soil. These acids also activate slow-releasing, organic fertilizers, such as rock phosphate. Buckwheat’s dense, fibrous roots cluster in the top 10 inches of soil, providing a large root surface area for nutrient uptake.

Buckwheat performs better than cereal grains on low-fertility soils and soils with high levels of decaying organic matter. That’s why it was often the first crop planted on cleared land during the settlement of woodland areas and is still a good first crop for rejuvenating over-farmed soils. However, buckwheat does not do well in compacted, droughty, or excessively wet soils.

Buckwheat will regrow after mowing if cut before it reaches 25 percent bloom. It also can be lightly tilled after the midpoint of its long flowering period to reseed a second crop. Some growers bring new land into production by raising three successive buckwheat crops this way.

Due to its quick, aggressive start, buckwheat is rarely used as a nurse crop, although it can be used anytime you want quick cover. It is sometimes used to protect late-fall plantings of slow-starting, winter-hardy legumes wherever freezing temperature are sure to kill the buckwheat.

Buckwheat prefers light to medium, well-drained soils: sandy loams, loams, and silt loams. It performs poorly on heavy, wet soils or soils with high levels of limestone. Buckwheat grows best in cool, moist conditions; but is not frost-tolerant. It is also not drought tolerant. Extreme afternoon heat will cause wilting, but plants bounce back overnight.

Plant buckwheat after all danger of frost. In untilled, minimally-tilled or clean-tilled soils, drill 50 to 60 lb./A at 0.5 to 1.5 inches deep in 6 to 8 inch rows. Use heavier rates for quicker canopy development on especailly weed or droughty ground, up to 96 lb./A (2 bu./A) Overall vigor is usually better in drilled seedings than broadcast ones. If broadcasting, spread as uniformly as you can onto a firm seedbed and incorporate with an implement that presses the seed and soil together lightly, rather than fluffing it. For example, a drag harrow is good, whereas a disk gives a poor stand. As a nurse-crop for slow-growing, winter annual legumes planted in late summer or fall, seed at one-quarter to one-third of the normal rate. Buckwheat compensates for lower seeding rates by developing more branches per plant and more seeds per blossom. However, skimping too much on seed makes stands more vulnerable to early weed competition until the canopy fills in. Using cleaned, bin-run or even birdseed-grade seed can lower establishment costs; having a seed lab check the germination and weed-seed content may be a valuable expense. As denser stands mature, stalks become spindly and are more likely to lodge from wind or heavy rain.

Buckwheat is used most commonly as a mid-summer cover crop to suppress weeds and replace bare fallow. In the Northeast and Midwest, it is often planted after harvest of early vegetable crops, then followed by a fall vegetable, winter grain, or cool-season cover crop. Planted later, winter-killed residue provides decent soil cover and is easy to no-till into. In many areas, it can be planted following harvest of winter wheat or canola. In parts of California, buckwheat grows and flowers between the killing of winter annual legume cover crops in spring and their re-establishment in fall. Some California vineyard managers seed 3-foot strips of buckwheat in row middles, alternating it and another summer cover crop, such as sorghum-sudangrass.

Few pests or diseases bother buckwheat. Its most serious weed competitors are often small grains from preceding crops, which only add to the cover crop biomass. Grass weeds, lambsquarters and pigweed can be a problem in thin stands. Because thin buckwheat stands are not effective for cover crops goals, they should be replanted as soon as the problem is discovered. Weeds also can increase after seed set and leaf drop. Diseases include a leaf spot caused by the fungus Ramularia and Rhizoctonia root rot.

Plant buckwheat as an emergency cover crop to protect soil and suppress weeds when your main crop fails or cannot be planted in time due to unfavorable conditions. 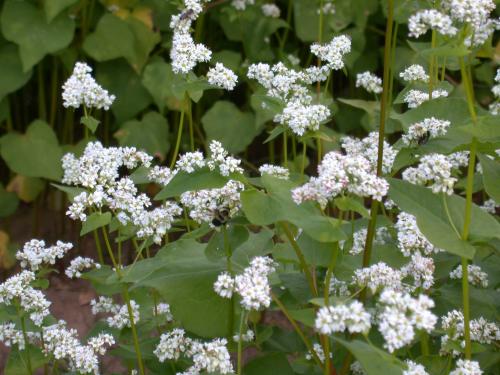 Figure 2. Buckwheat flowers attract a wide diversity of beneficial insects including pollinators. Because buckwheat can be planted in advance of an income-producing crop, beneficials can become established before they are needed. Photo credit: Alex Stone, Oregon State University.

To assure its role as habitat for beneficial insects, allow buckwheat to flower for at least 20 days; the time needed for minute pirate bugs to produce another generation.

Buckwheat can be raised for grain if planted by mid-July in northern states or by early August in the South. That timing allows double cropping after early vegetables in many locations. It requires a two-month period of relatively cool, moist conditions to prevent blasting of the blossoms. Nearly all buckwheat grain is raised on contract, so identify your market before planning a grain crop. The buyer will specify the variety and may require that you use their seed. Commercial buckwheat production is in Washington, North Dakota/Minnesota, and New York/Pennsylvania. Elsewhere, a better market for organic buckwheat grain may be as cover crop seed for local farms.

Buckwheat can become a weed if allowed to go to seed, and that happens earlier than most realize. Kill about 10 days after flowering begins. Earlier, the stubble tends to regrow, later the first seeds mature and germinate. Earliest maturing seed can shatter before plants finish blooming. Some seed may overwinter in milder regions. Insects are rarely a problem, buckwheat can harbor some insect pests. In the West, Lygus bugs and tarnished plant bugs have been noted. In the East, aphids often appear in June, which then attract ladybeetles. Buckwheat also supports the growth of root lesion nematodes (Pratylynchus penetrans) (Marks and Townsend, 1973).