The Science Behind Biodynamics

Biodynamics (BD) is experiencing an upsurge in interest, along with related organic and sustainable farming practices. However, BD has some unique aspects that are poorly understood and steeped in myth. Biodynamics may not be the cure-all that some practitioners claim it to be, but the BD system clearly holds potential to improve agricultural and horticultural production and to teach us about beneficial microorganisms and biochemistry.

What is Biodynamics, and What is it Used For?

Biodynamics is an esoteric approach to agriculture created by Austrian philosopher Rudolf Steiner. Steiner was also the father of the philosophy “anthroposophy,” anthroposophic art, anthroposophic medicine, Waldorf schools, Camphill communities, Eurythmy dance, and several other movements in science and culture. In 1924 a group of farmers concerned with declining soil and food quality approached Steiner for a solution. Steiner, neither a farmer nor a scientist, drew on traditional European farming mythology and new impulses from anthroposophy to build BD. Biodynamics was envisioned to not only produce ample food and fiber, but also to heal and nourish the people who depend on these products by healing the soil, plants, animals, and earth.

Biodynamic farming has much in common with organic agriculture. Both systems disallow synthetic pesticides and fertilizers and require a 3-year transition period. Farms can be certified as biodynamic by Demeter USA. Some farms are co-certified as both organic and biodynamic. Demeter biodynamic certification does have requirements in addition to those for organic certification, such as a minimum of 10% farm area for biodiversity preservation, reduction in off-farm inputs, and use of the BD preparations. Some, but not all, biodynamic farms use astrological calendars and other cosmic indicators to determine the timing of farm activities such as planting and harvesting.

Biodynamic farming is not only a set of methods; it is also a philosophical system relating to the overall structure of the farm. Biodynamics is at its heart based on the creation of a farm that functions holistically as an intact organism with its soil, animals, humans, and plants acting as “organs of a living organism.” The health of the farm organism depends on each organ working properly in concert with the others, as well as with its environment. Energies must flow between the human, animal, plant, mineral, and the cosmic. Following these ideals creates agriculture that is, as far as possible, self-supporting. Biodynamic farms attempt to form a nearly closed system, with as much of its inputs (such as fertilizers) as possible coming from within the farm. For instance, compost and legumes supply most fertilizer needs, and control of weeds and pests is generally achieved through mechanical or physical controls, homeopathy, rotations, and other non-commercial means. Crop growth depends on organic soil fertility, which depends in turn on well-managed livestock. Demeter-certified farms must include livestock or have a close relationship with a nearby livestock farm.

Biodynamic management has been shown to benefit overall soil quality, increase available N and P in soil, and increase earthworm and/or microbial populations as compared to conventional agricultural management (Reganold et al., 1993; Carpenter-Boggs et al., 2000c; Zaller and Köpke, 2004; Fließbach et al., 2007). Most of these benefits are likely due to increased use of compost, legumes, and other organic inputs to the soil. Large changes in soil chemistry or crop production due to use of the BD preparations are generally not observed in short-term studies (Carpenter-Boggs et al., 2000b), but growing populations of BD growers claim to have increased soil fertility.

Biodynamic farms are unique in their use of the homeopathic BD preparations (Table 1). The preparations are made from common plants and materials (Table 1), but each undergoes a unique fermentation process before use. For instance, the best known preparation, Preparation 500 (the “cow horn preparation”), is made by stuffing a well-formed cow horn with manure from a healthy cow, burying this horn in the ground in the fall, and uncovering it in spring. The material is transformed over winter to a fine, rich compost-like material that is then used at a very low dose. Approximately 2 Tbsp is intensively stirred into water for 1 hr, then sprayed onto 1 acre of soil just prior to planting. Preparation 500 is said to prepare the soil to support seedling and plant growth. Preparations 501 and 508 are used to increase the effect of light on the plants and reduce plant disease, particularly foliar fungal diseases.

The unique BD compost preparations have also been the subject of a few studies, which have usually found them to cause slightly higher temperature, slightly faster decomposition, and retention of more of the initial nutrients (Heinze and Breda, 1978; Reeve et al., 2010). In my own research, we could detect differences in the microbial communities between compost made with and without the BD compost preparations (Carpenter-Boggs et al., 2000a), as well as in soils fertilized with BD compost vs. untreated compost (Carpenter-Boggs et al., 2000c).

BD preparations do contain some nutrients, but in extremely small amounts. The small amount of preparation material used cannot account for any measurable effect on soil macro- or micronutrient content. It is essentially impossible that applications of preparations onto soil will have any measurable effect on macronutrient or even micronutrient content. Using foliar application, however, small amounts of nutrients can be directly applied to and taken up by plants. Micronutrients can have significant benefit to plants when applied even at very low concentrations if that particular nutrient is not yet adequate for the plant’s growth stage. Foliar fertilization, whether by commercial or alternative materials, should be guided by plant tissue nutrient analysis or known nutrient deficiencies.

Although it is difficult to directly change microbial communities, the community make-up and/or its activities can be affected by microbial signaling. Microorganisms communicate with each other by several means, including through volatile or diffusible molecules. Individual microbes can release tiny amounts of hormones, signals, and other chemicals that may induce a change in the activities of neighboring microbes. Antibiotics are a well-known example, and are produced by many soil and compost microbes to reduce the growth of other populations. The chemistry and complexity of microbial signaling is a new frontier in microbiology.

Another reason BD preparations are gaining popularity and interest is for disease inhibition. Preparations may suppress plant pathogenic organisms through competition, predation, antagonism of microbes in the preparations, or inhibitory compounds from the microorganisms. Some materials can also induce “systemic resistance” in plants. This is similar to a plant vaccination or overall immune system stimulation. Typical plant responses to pathogenic attack such as production of chitinase (an enzyme that breaks down fungal cell walls) and thickening of plant defensive cell walls can be stimulated PRIOR to actual attack by a pathogen. When and if a pathogen does attack, the plant is primed for defense, and stands a much better chance of survival. This systemic resistance has been found to be induced by many materials such as soluble silica solutions (Fig. 2) (Chérif et al. 1994; Fauteux et al., 2005). Biodynamic preparation 501 is made by finely grinding and fermenting quartz or feldspar, and may represent a traditional method of inducing plant systemic resistance.

Plant hormone applications are not uncommon in horticultural production. They are used to induce budding, induce rooting, or change plant physiology in other ways. Several studies have identified plant hormones, such as auxins and cytokinins in BD preparations, or documented hormone-like effects on plants (Stern, 1976).

Testing BD on the Farm

The use of BD methods and preparations on thousands of farms suggests that there can be real benefits. Successful use of any new material should be accompanied with on-farm experimentation and diligent record keeping. List the materials or methods you'd like to compare. Always include a “negative control,” an area or set of plants that receives no treatment or only water spray, and a “positive control” or your usual method. You may want to try several variations on the new material or method, such as using three different composts in addition to your usual fertilizer "positive control" and unfertilized "negative control". Apply each treatment to several (preferably 3–4) field areas or sets of plants to assure that results are consistent. Take note of the timing and conditions during application of the materials or method, and during the season. Collect data such as crop yield, temperature of compost, disease level on plants, or whatever factor you want to improve. The more care taken in experiments, the more reliable the results. Then the results of your treatments can be compared side-by-side.

For more information about on-farm testing, useful guides are provided by SARE http://www.sare.org/publications/research/research.pdf and STEEP http://pnwsteep.wsu.edu/onfarmtesting/oftman.htm. 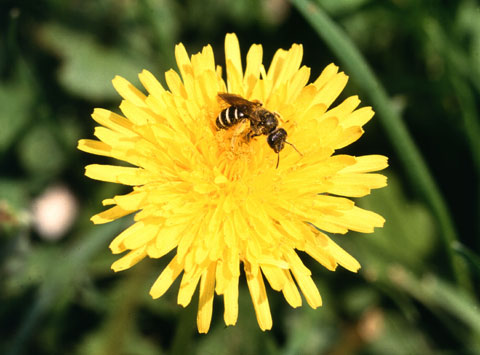