Crop varieties resistant to insects are far less common than disease-resistant varieties, because plant breeders have traditionally focused more on disease resistance. However, if they are available, resistant varieties can be an effective defense against insect pests. But even when insect-resistant cultivars are not available, some varieties may be less attractive to pest species or may tolerate more damage than others. Plant size, shape, coloration, leaf hair, cuticle thickness, and natural chemicals (attractants and repellents) can all affect pest susceptibility. Farmers can do their own breeding by collecting non-hybrid seed from healthy plants in the field. Plants well adapted to local conditions will be more likely to resist pests.

Over the years, plants have developed a variety of resistance mechanisms to deter feeding and damage by insects. Insects, at the same time, have evolved ways of circumventing the defense mechanisms in plants. This interrelationship is dynamic and ongoing. Some plants are naturally pest-resistant and scientists are researching these varieties in hopes of finding new methods of pest control to reduce pesticide use. Some plants defend themselves through morphological and physiological mechanisms. Plant breeders are using this information to develop pest-resistant plant cultivars.

The development of pest resistant cultivars is done through conventional breeding, where resistant traits are selected and incorporated into breeding lines over multiple generations, and also through genetic engineering where genes for pest resistance are artificially introduced into the plant genome. Keep in mind that genetically modified seeds and transplants are not allowed under the USDA National Organic Program Rule.

Plants with resistance based on morphological characteristics have plant structures or characteristics that interfere with insect movement, feeding, or reproduction on or in the plant. Examples include color, thickness of the cell walls and plant tissue, surface wax, spines and trichomes (hairs). These features can make the plant less attractive visually, or present formidable physical barriers to pests. Thick cell walls and plant tissue help a plant to resist the tearing action of chewing mouthparts and the penetration of an insect stylet or ovipositor.

Plant leaves are protected against desiccation, insect feeding and disease by a layer of surface waxes over the cuticle. Wax may physically inhibit the movement of an insect across a leaf surface. The wax on leaf surfaces of some raspberry varieties contains chemicals that negatively affect certain insects. Researchers have shown that survival of diamondback moth (DBM) larvae (Fig. 1) is lower on cabbage varieties with glossy or waxy leaves than on non-glossy varieties. They found that the wax layer inhibited leaf mining by DBM larvae which also made them more susceptible to predators. 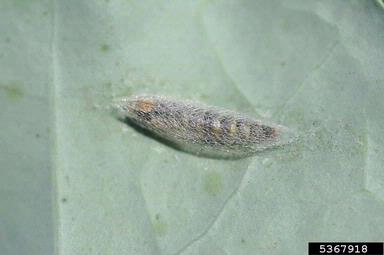 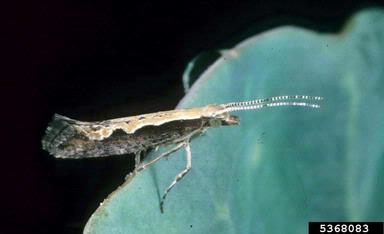 Trichomes are hairlike epidermal outgrowths, sometimes referred to as pubescence, that occur on leaves, shoots, and roots. Their impact on insect pests depends on trichome density, erectness, length, and shape. Some insects experience difficulty feeding on and ingesting plants with these small hairs. Trichomes may also release sticky substances that can trap or inhibit movement of small insects. 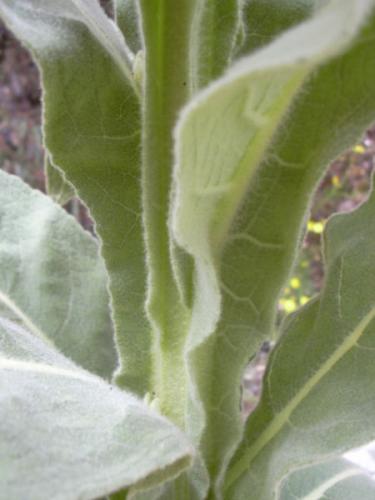 A few examples of pest arthropods that are at least partially suppressed by plant pubescence include bean aphid and potato leaf hopper on beans, two spotted spider mite on strawberry, and whitefly on tomatoes, peppers, and potatoes.

Other plant defenses involve the production of plant chemicals that affect insect physiology. Scientists have long wondered why some plants are more resistant to insects than others. In answering this question, they have identified at least 30,000 plant chemicals that are involved with defense against insect attack. One common compound, known as pyrethrum, is derived from the blooms of the African Chrysanthemum, Tanacetum cinerariaefolium. 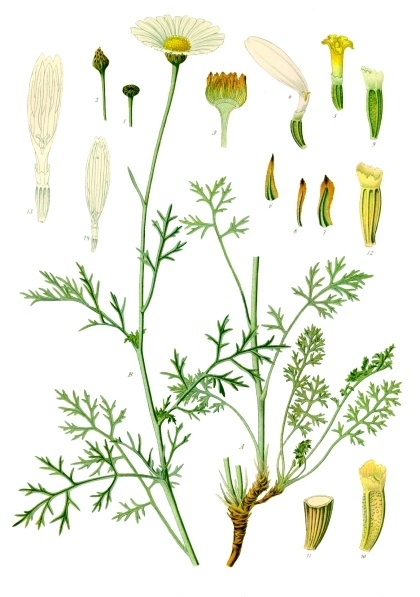