Although pest management is not always the most important consideration in choice of farm site, many organic farms are located in geographic regions where climatic conditions are unfavorable for pest outbreaks. In some cases, a primary pest may be avoided by selecting a site that is ideal for the crop and natural enemies of the pest, but unfavorable for the pest itself. For example, a significant portion of organic tree fruit production in the US is located in regions where insect pests such as plum curculio are uncommon or absent. 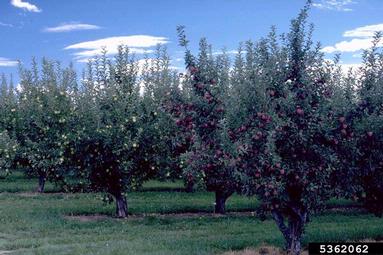 According to the USDA Ag Marketing Service, U.S. apple production is valued at nearly $1.9 billion dollars annually. Apples are regarded as the third most valuable fruit crop in the United States following grapes and oranges. The utilized apple crop in 2005 was 9.8 billion pounds. Although every state in the US grows apples, Washington State is responsible for half of all apple production in the U.S. One reason is that the single most destructive insect pest for Eastern growers—the infamous plum curculio—is not found in the western states. In addition, Eastern fruit growers have to deal with more severe disease problems than their Western counterparts. The geographic disparity is so great that organic apple production in the Eastern states has been called “Organic’s Final Frontier” by Michael Phillips (2005) in his recent book, The Apple Grower: A Guide for the Organic Orchardist. 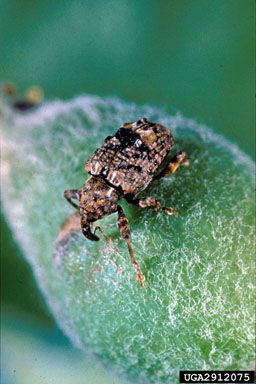 At the local level, an organic farmer may have the flexibility to grow a given crop in fields to which it is best suited or to choose a crop species or cultivar best adapted to available growing areas. Planting crops in areas where they are best adapted will optimize growth and result in plants better able to tolerate pest attack. Landscape factors on the farm may also be manipulated to facilitate pest management, and these are discussed in the following section on farmscaping.

Crop rotation and crop isolation strategies are most effective against pests that do not disperse over great distances and/or that overwinter in or near host crop fields. Examples include the Carrot Rust Fly, Colorado Potato Beetle, and Onion Maggot. In contrast, crop isolation/rotation is much less effective for pests such as the Cabbage Maggot that can move great distances.

As indicated above, insect pests with limited mobility, pests that overwinter or feed below ground (like corn rootworm), or pests with one generation a year may be substantially suppressed by rotating or moving the crop to a different location. However, the distances required may be more than small-scale growers can manage. For example, one study demonstrated that potatoes had to be moved about one-quarter to one-half mile from the previous season location in order to significantly reduce infestation by Colorado Potato Beetle. Successful organic growers usually practice a 5-7 year crop rotation plan, which is also effective for management of soil diseases.

Planting Date and Method of Planting

It is usually the case that choice of planting date and method of planting will be dictated by markets, weather, labor availability, and other factors. However, for key insect pests with potential to cause serious damage, growers should consider a planting date to grow the crop “outside the pest window” and also transplanting over direct-seeding to promote early, vigorous growth.

The timing of crop development can have a great effect on it’s susceptibility to insect pests. For many pest and crop systems, planting date will dictate whether or not a pest will be present in sufficient numbers to become a problem. For example, if a pest insect emerges in the spring and finds very few host crops available, chances are a majority of the pest population will be attracted to the available hosts and will cause damage to these crops. If, however, there are many crop and non-crop host plants available in early spring, then the pests will be more likely to disperse more widely and the chances of damage occurring on any one crop will be reduced. 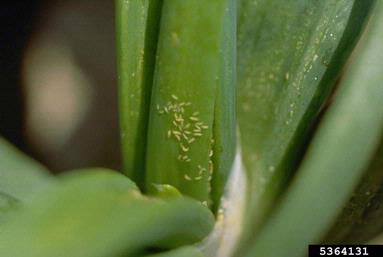 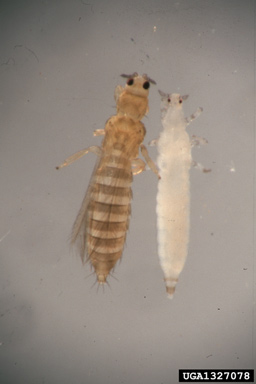 Thrips, for example, often infest early-planted crops in high numbers but are less of a problem on later planted crops. For some insects, planting a crop early and getting ahead of the problem (crop gets to a less or non-susceptible physiological stage) can be a practical solution to management. For example, corn earworm on sweet corn is less of a problem in early-planted crops. On the other hand, squash bugs tend to be less of a problem if planting can be delayed until the over-wintering bugs have died off. Farmers can experiment with different planting dates and then adjust planting schedules accordingly to avoid peak pressure (balancing with market demands for availability of that crop).

The method of planting – direct-seeded vs. transplants – can also affect a crop’s ability to resist pests. Direct-seeded crops require optimal growing conditions to emerge quickly and grow fast. The use of transplants, when possible, can speed crop development and make them more tolerant of pest attack. Plants under environmental stress are struggling to survive and often are more attractive to insect pests and less tolerant of feeding damage. If transplants are used for annual crops, keep in mind that organic seedlings are required.